Not in the old house. Not in the barn. I run into the empty field, heart racing. As I scan the area, I run into a mound of dirt and trip, sprawling to the ground. Getting up, it hits me.

Often dark and dusty, the horrors of an attic can range from ritual sacrifice to adolescent incest. Haunted Doll. During the setup, so many eerie things happened, flickering lights, slamming doors, temperature changes, that the students just. A young boy is raised in a graveyard, where ghosts and apparitions are the normal, and the real monsters might just be the living humans. Good ghost stories have to keep you guessing. Get ready to vote. Telling the younger girls to stay inside, they went to investigate but found nothing.

Abandoned farm. I tripped over freshly tilled earth. Crouching down, I start frantically clawing with my hands. Scooping handfuls of dirt, I hit something hard. I hear muffled cries. I start digging again, but realize it's taking too long. Looking around, I see a garden shed. I sprint to it, ripping the door open. I see a shovel, still caked in dirt. Probably the same one that bastard buried her with.

I grab it. Running back, I started digging with purpose. Soon the wooden box is exposed. I toss the shovel, and rip open the crate. She stares back at me, eyes wide.

But alive. I sigh with relief. Thank God. I reach into my bag, pulling out my rag and chloroform. I crouch down, placing it over her face. She struggles, faints. I toss her over my shoulder. You almost had me though! My turn. Where did you put her?

Drowning's an issue though. I smile, watching him go. I love adult Hide and Seek. Look, I'll be the first to admit I'm a complete bastard. I'm also lazy.

I'm only here to find the idiot, because there's almost always an idiot. This support group is pretty typical. We connected online, decided on a quiet place, and now we're all sitting cross-legged in a circle. Real Kumbaya crap. Jerome takes the lead, pouring everyone a cup of tea as he starts talking. You can drink your tea, but only after explaining why you're here. I'll start. I can see why—the guy's ugly as sin. He sips his tea while the mousy chick speaks next. Gotta admire Miyu. She's probably not the idiot. Next to talk are a legless veteran, a broke businessman, a needle-tracked junkie, and a diseased old crone.

Then it's my turn. Everyone hates me.

Afterwards, we're all sitting quietly when Jerome keels over. Then Miyu's eyes roll back and she slumps forward. Only the fat kid reacts. No one wants to die alone, kid.

I love it! These suicide meetups are a sadist's dream, and I never have to lift a finger.

Little Emily vanished last year. Now they're pouring new sidewalks in my neighborhood, and I've found her name in the wet cement, written in remembrance. But it was written in reverse. And from below. I bought a new house in the small town of Winthrop. The house was cheap, but the most important part was that I needed to get away from the city. A few months ago, I had a run-in with a stalker. While I had managed to get him arrested, I couldn't shake the feeling of eyes just constantly watching me. I felt like there were eyes everywhere, at home and on the street, so I decided to move out into the country to somewhere with less people, just for peace of mind.

The house itself was big and somewhat old, but otherwise very welcoming.

The agent who introduced me to the house had been required to mention that a serial killer had lived here in the past, which was why the house was so cheap. However, he, and later, my next door neighbor Sarah, both told me to pay the thought no mind. Four other owners had lived in the house since then, and all of them were very happy with it. I loved the house.

Its interior furnishings were beautiful and very comfortable. The people of Winthrop were friendly, often bringing over freshly baked pastries or inviting me over for dinner. I tried to ignore it, but soon I started losing sleep. Giant bags grew under my eyes and I began yawning almost as much as I breathed. Sarah was kind enough to let me stay in her house for a few nights. It was during this time that I heard the legend of Forrest Carter, the serial killer who had lived in my house. 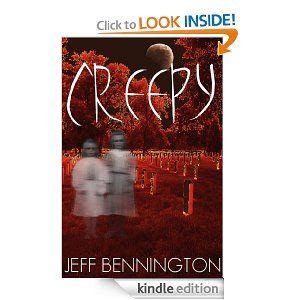 While no one knows his exact kill count, Carter, also known as the Winthrop Peacock, was a man with extremely severe case of narcissism. Legends say that he couldn't fall asleep if he didn't feel like he was being watched. He was finally arrested for putting up a scarecrow to watch him during the night. Only it wasn't a scarecrow. Carter had murdered a 17 year old girl, just so her corpse could stare at him. The story gave me shivers, and after I went home, I felt like there were hundreds of pairs of eyes just watching me no matter how I turned.

Today, however, was the first day that I acted out.